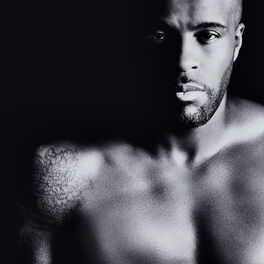 If You Don't Know (Remixes)

Turn It Up (Remixes)

It's Not Too Late (Remixes)

Born to Do It (Remixes)

by Vanda May, Kaysha, Nelson Freitas

by Vanda May, Kaysha, Shana Kihal

African Bohemian. Born in Kinshasa, Zaïre and been all around the world to sing his music. Kaysha has been defining and re-defining his musical art and in the process, redefining genres as he tries his hands on them. Founder and CEO of the label Sushiraw and also a hit making beatmaker, he helped put in orbits many artists in the afrobeats, zouk and kizomba world like Nelson Freitas, Loony Johnson, C4 Pedro, Elizio, Soumia, Abege, Djodje and many more... With his 9th studio album African Prince he shows once again that he can re-invent himself at will CNN Made a segment on him on their show Inside Africa. Celebrating the african moguls achievements Kaysha won 3 KORA Awards, the equivalent of a Grammy Award His motto, innovate or perish