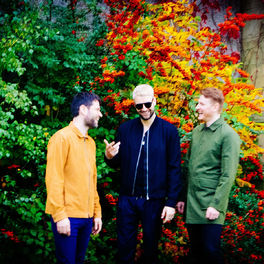 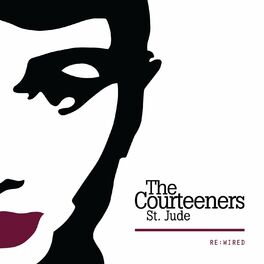 by The Courteeners, Blossoms

Hanging Off Your Cloud

In Isolation / Live From The Plaza Theatre, Stockport

One of the most successful UK bands of the last 15 years, Courteeners are an English guitar group - Liam Fray, Michael Campbell & Daniel Moores - formed in Manchester in 2006. Lauded by Q Magazine as one of ‘the world’s biggest underground acts’, all of their albums have gone Top 10 – 2008’s St. Jude (no.4), 2010’s Falcon (no.6), 2013’s ANNA (no.6), 2014’s Concrete Love (no.3), 2016’s Mapping the Rendezvous (no.3) & 2018’s St. Jude - Re:Wired (no.5). Their eagerly anticipated new album ‘More. Again. Forever.’ is released on 17 Jan 2020. It follows on from gold selling album ‘Mapping The Rendezvous’ & the band’s biggest ever gig at Manchester’s Heaton Park this summer-a show that sold out all 50,000 tickets in just 3 hours. 2019 was the band’s most successful summer yet, a glorious few months that saw them headline Tramlines Festival,Kendall Calling & Edinburgh’s Summer Sessions. These exceptional shows were joined by rapturously received appearances at Glastonbury & Isle of Wight Festival, cementing their place as one of the country’s biggest and best-loved bands. And the reason? Well, that’s when we need to turn our attention to the band’s singer & songwriter Liam James Fray. A riot of contradictions–romantic, sensitive, brash, self-doubting & opinionated – it’s his songwriting, an acute observation of how life is mostly lived, that has fuelled the band’s longevity, striking a resounding chord with an increasing large bandwidth of young people across the country.