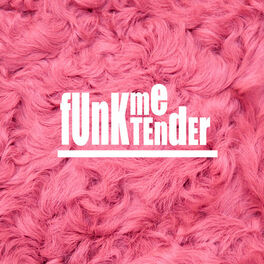 by Funk Me Tender

For more than five years, this overexcited band pours its energy flood and boiling funk over the Parisian stages and its region. Their thing: awaken feline instincts and make people=92s bodies moving! Encounter of fertile musical imagination musicians, the band has gradually built up its own unique sound. Largely inspired by the Black American music tradition of the 70=92s and its Funk, Soul and Motown waves, the combo also distills in its compositions Afro, Jazz, Ska and Disco influences, generating an authentic universe, rich in colors and references. A voice, successively languid and subversive calls out and urges you, encourages and excites you, carried by a rhythm section that, you can't help it, makes you sway and beat out the rhythm. The horns help to make you forget about your last self-restraints, throwing quark turn riffs, deep and powerful for an "In Your Face!" effect. Funk Me Tender, it's a sound, a signature, one band under a groove. And its inspirations are countless: James Brown, The Average White Band, Sly and the Family Stone, Prince, The Meters, Mandrill, Mother Earth, Stevie Wonder, Trombone Shorty, The JB=92s, Parliament, Funkadelic, Curtis Mayfield, Donny Hattaway to name but a few. The combo captured this musical heritage that its public rediscovers with covers of classics but also of less known tunes, rare forgotten jewels, renewed bright and simmered into the Funk Me Tender sauce, with pepper and spice. And if these happy people get together; it is first and foremost for one reason: the stage! They are here, they are with you, they love it and make you love it! And after meditating and perfecting their sermon in their studio, they are ready to preach their message of peace and love: you are alive!