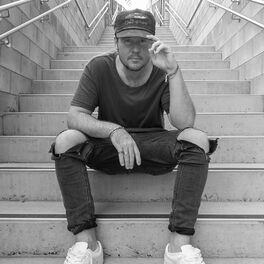 Do You Remember (Remixes)

Do You Remember (Grey Remix)

Do You Remember (Melé Remix)

by Betty Who, Jarryd James

Intimate delivery, impressive range, and straight talk place you in the passenger seat right next to the Australian singer, songwriter, producer, and multi-instrumentalist, Jarryd James. This level of intimacy quietly established the artist as a magnet for the audiences who have streamed him hundreds-of-millions-of-times and a lightning rod for GRAMMY®Award-winning collaborators, ranging from Malay [Frank Ocean, Alessia Cara] to Joel Little [Lorde, Khalid, 6LACK, Sam Smith] After years of independent releases, he made international headlines with the ARIA Award-winning breakthrough single “Do You Remember” in 2015. Certified triple-platinum in Australia, it captured #1 on both Hype Machine and the country’s iTunesTop Songs chart in addition to becoming “the number one most Shazam’ed song in Australia for 2015.” As the song racked up over 91 million Spotify streams, he attracted the endorsement of Beats 1 Radio’s Zane Lowe, Elton John, and Ed Sheeran who famously disclosed to Rolling Stone, “I just love his sound.” A year later, he unveiled his full-length debut High, and it boasted a string of successful singles: “Give Me Something,” “1000x” [feat. Broods], “How Do We Make It,” and more. Along the way, he sold out headline gigs down under and toured alongside Matt Corby, Angus & Julia Stone, Meg Mac, and Jack Garratt, to name a few in addition to making stand out appearances at Lollapalooza and Bonnaroo. Not to mention, he received acclaim from Nylon, NME, and more.