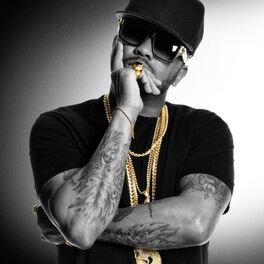 Love You To Death

The Life Of Pablo

The singer, songwriter, producer and rapper Terius Youngdell Nash is best known by his professional name The-Dream. With eight studio albums to his credit Nash is a highly successful solo performer in his own right but is best known for his work with other artists. These include performers of the stature of Britney Spears, Mariah Carey, Rihanna, Christina Milian and Beyoncé .

Nash began his career in music after meeting the renowned R&B producer Laney Stewart in 2001. Stewart organised a publishing deal for the young songwriter and shortly afterwards Nash wrote 'Everything', a track which appeared on B2K's successful 'Pandemonium!' album. He went on to co-write 'Me Against the Music' for Britney Spears and from there his career as a songwriter began to take off. He has now been nominated for eleven Grammy Awards and been successful on four occasions.