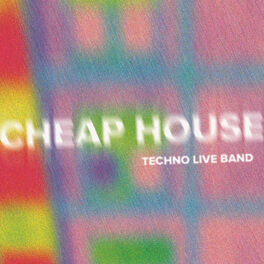 DIY Techno, no sequences. Equiped with just a bass, drums, a saxophone and some synths, Cheap House triggers the uprising of bodies heated up by its heavy basslines and electric rythms, generating a shared trance. The band originated from Strasbourg near the end of 2018 from an experience incubated in the artistic collective Omezis. Drawing inspiration from the burning London young music scene and berliner clubbing culture, not to mention pioneers of french techno, these four live music aficionados rethink their instruments and means of playing in the aim of creating a live techno set that is entirely instrumental, all embodied in an atmosphere worthy of an unhinged punk band, with the audience acting as the core of the music.