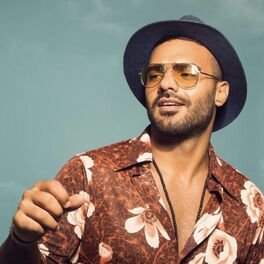 Joseph Attieh is a Lebanese artist born in Mehmarch - Batroun, on May 14th, 1987. Joseph became the first Lebanese artist to win the TV show "Star academy", in 2005. In 2006, he released his first single entitled "La Trouhy" (don't go) and it became a best seller in Lebanon and the Middle East. His second single "Nahle" (the bee), was released in 2007. In the summer of 2007, Joseph toured Australia and the USA. Joseph released his third single "Habeit Oyounak" (I love your eyes) which he sang during the finals of the fifth edition final of "Star Academy". In April 2008, Joseph toured Australia again, and released a patriotic song, his biggest hit "El Haq Ma Beymout" or "Lebnan Rah Yerjaa" and won the first Murex d'Or award in 2009 for this song. He released his first song "Lina Rab", sung in the Egyptian dialect. In February 2010, Joseph released his first album "Mawhoum" produced by Star System and soon after was nominated for the "MTV music award" for the Best Arab youth Male artist. In August 2012, he launched his second album "Chou Btaemel Bel Nass" also produced by Star System. In June 2013 he won the second Murex d'Or award for the best album "Chou Btaemel Bel Nass" and in 2015 he released his third album “Hobb W Mkattar” produced by Star System.