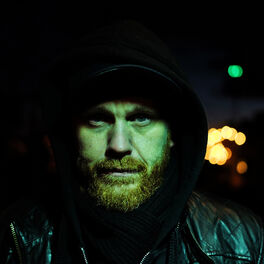 Beneath a Scarlet Sky

The Way of Darkness (A Tribute to John Carpenter)

The Rise of the Synths EP 2 (The Official Companion Album)

Code Elektro is an electronic synthwave artist from Denmark. The music is characterized by the use of analog and digital synths - arpeggiators and sound design. It could sound like something from a modern Blade Runner, Stranger Things or TRON. Similar artist could be Tangerine Dream, Jean-Michel Jarre, Survive, Vangelis, Carpenter Brut etc. Code Elektro is Martin - and Martin is a huge fan of science fiction, synthwave and cyberpunk. With sonic references like Blade Runner, John Carpenter, Daft Punk, S U R V I V E, among others Code Elektro's main focus is trying to create lots of images in the head of the listener – from drama to suspense to beautiful atmospheres. As much as Code Elektro is an artistic outlet for Martin, it is also a fan project from one Sci-Fi fan to others. Code Elektro has worked with Iceberg Records (Farveblind), Lakeshore and Rustblade.