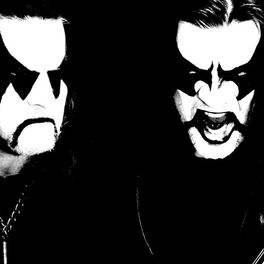 The Seventh Date of Blashyrkh (Live)

Battles in the North

At The Heart Of Winter

The Path Is Passed

Rookie Of The Year

Norwegian heavy metal band Immortal were formed in Bergen in 1991 by guitarists Olve Eikemo and Harald Nævdal. Immortal epitomise the typical Norwegian death metal band with the various members adopting ludicrously pompous stage names such as Grim, Armagedda and Demon Doom Occulta. Behind these affectations lies genuine musicianship and an ability to entertain although it is presented in a style which many rock fans would find inaccessible.

The subject matter for the band's lyrical content is chiefly composed of fantastical stories about fairies, demons and battles within the netherworld and, according to interviews with Eikemo and Nævdal, is heavily influenced by the bleak, frozen landscapes of their homeland. The band have now released nine studio albums which have attracted very mixed reviews from critics. The band's most popular work is their third album 'Battles in the North' which was released in 1997 and is the recording which firmly established the band within the death metal scene and defined their style.