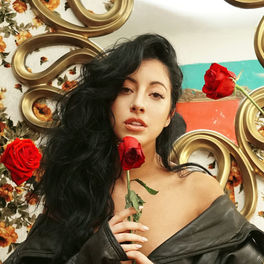 No One's Gonna Ever Love U

A State Of Trance at Ushuaïa, Ibiza 2015 (Mixed By Armin van Buuren)

In The Air Tonight (Radio Edit)

Destiny (The Remixes Part One)

On her debut project, Delacey spills her heart out with zero inhibition, speaking truth about love and sex and fear and strength. Released via HITCO—an independent label founded by legendary hitmaker L.A. Reid—the project centers on the L.A.-based singer/songwriter’s self-aware yet sharply poetic narrative voice, ultimately building an infinitely fascinating body of work. In bringing that batch of songs to life, Delacey worked solely with producer Ido Zmishlany, holing up in his Brooklyn studio and tapping into the potent chemistry the two discovered after meeting in a 2016 session. The first single from Delacey’s debut, “My Man” unfolds in a beautiful mess of emotions. Threading each line with her soulful vocal work, she telegraphs both toughness and vulnerability while confronting a potential threat to her relationship (e.g., “Bitch, don’t steal my man/He’s got a weakness for girls like you”). “I really like the balance in that song, how I’m being my feisty Italian self but also building up this other woman by talking about how dope she is,” she notes. Originally from Orange County, Delacey started writing songs and playing piano at age seven, mining influence from the massive vinyl collection her dad handed down to her. Breaking into songwriting with “New York City” (cut by The Chainsmokers for 2015’s Bouquet), Delacey later lent her lyrical and melodic finesse to tracks by artists like Demi Lovato and to Halsey’s #1 hit “Without Me.” When her talents caught the attention of L.A. Reid, Delacey scored a deal with HITCO in late 2018, and quickly set to work on her debut.