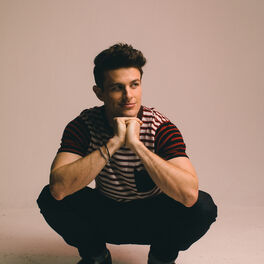 Sound Of Your Name (with Vickeblanka)

Sound Of Your Name (Acoustic Version)

Sound Of Your Name (Zonderling Remix)

Sound Of Your Name

Soundtrack: HSM The Musical The Series

Don't Give Up On Me

Josh Cumbee is a multi-instrumentalist artist, songwriter and producer from Los Angeles, CA. After having had a hand in music for Madonna, Take That, Galantis, Janet Jackson, Adam Lambert and many others, Cumbee's solo artist career was launched into the spotlight with the release of "Sunny Days" by Armin Van Buuren, on which he was featured. From there a string of features with the likes of Zonderling, Fedde Le Grande and others tee'd up his first solo release "Sound of Your Name" and subsequent singles/forthcoming album. Cumbee writes and produces most of his music in its entirety, occasionally tapping world class collaborators such as songwriting legend Toby Gad. Come hang for a livestream!