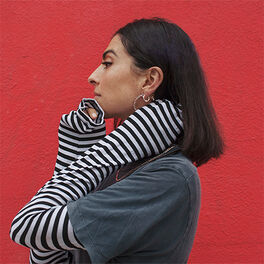 Hailing from Sydney, Anna Lunoe continuously breaks boundaries as a DJ, radio host, producer, vocalist, and curator in the dance scene. Starting as a radio host on Australia’s FBi community radio, Anna quickly rose to prominence on the airwaves with her track selections and charismatic presence. She soon emerged as one of the best DJ’s amidst Australia’s bourgeoning dance scene. After dominating the festivals, airwaves, and clubs of Australia, in 2012 Anna made the move to Los Angeles to continue to build her career. She released her debut Anna Lunoe & Friends EP, establishing herself as not only an exceptional DJ, but producer as well. The A side track "Real Talk" maintained a No. 1 spot on Beatport’s Indie Dance chart for four months straight and the B Side “I Met You", a collaboration with a then relatively unknown Flume, amassed millions of streams. From there she bounced from one forward thinking club banger to the next releasing on Fools Gold, Mad Decent, OWSLA, Ultra, and Spinnin' while simultaneously becoming a crowd favorite in the USA live circuit, appearing at festivals throughout the US including Coachella, Lollapalooza, Electric Forest, and EDC Las Vegas, where she was the first solo female act to play the main stage. Amongst the many taking notice of Anna’s continuous climb and keen ear for the underground was Zane Lowe. It was for those reasons that he approached Anna to help launch Apple Music’s Beats1 platform. It was here that she debuted the HYPERHOUSE brand and radio show, her widest-reaching outlet to date for showcasing rising and established talent.Years later, Lunoe continues to thrive as the voice of all things dance music at Beats1 as the host of the weekly Dance Chart, one of the stations most in demand shows. HYPERHOUSE has also continued to evolve into an ongoing livestream series, a label, a tour with alternating acts curated by Anna herself, and a festival stage takeover at events like Holy Ship, Hard Fest, WMC, Electric Zoo, and more. 2017 began a new chapter in Anna’s life as she entered motherhood. She continued to produce and tour all the way through her pregnancy, headlining her own stage at Hard Summer’s 10yr anniversary at 8 months pregnant. After a 3 months hiatus to transition into motherhood (her longest break ever) Anna went into 2018 as inspired as ever, jumping straight back into the big leagues releasing collaborations with Dillon Francis, GTA, Born Dirty, Wax Motif, and Valentino Khan. She has continued to prove her unparalleled passion and unique position in this industry with notable appearances at CRSSD Festival, headlining and curating a stage at Electric Zoo, domineering the crowd at Splendour in the Grass, and making her European festival debut at Tomorrowland. 2019 shows no signs of slowing down for Anna as she goes into the year with a slew of new music up her sleeve, continuing her hosting duties on Beats1 weekly show Dance Chart, expanding her curation hub HYPERHOUSE, and anticipating a packed year of festival bookings around the world. There is no one in the game quite like Anna Lunoe.