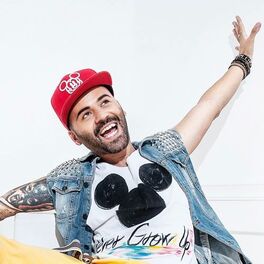 Reggae and dancehall artist Matteo began musical activity in 2006, in Bucharest, Romania. He grew up with the music of Bob Marley, Peter Tosh, Chaka Demus & Plies, Black Uhru. That’s why in his future musical career you find the roots of reggae combined with balkanic sounds. Also, this was the reason why romanian superstar Loredana Groza chose him for a special feature in “Departare, departare” (Far away). Because of that smashing hit, he became one of the most requested ragga artist in the romanian music industry, including the special radio & tv promotion campaign. Very soon he appeared along other high-rated singers, like Delia Matache, Claudia Pavel (Cream), Wassabi, Alex Velea, Anda Adam, DJ Rynno & Silvia, Amsterdam Avenue, Bloggers, Taraful din Clejani, and many others. He, sings with them, he write songs and lyrics, and produce for them.