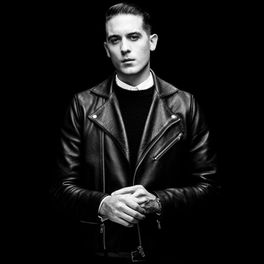 When It's Dark Out

Multi-platinum recording artist and producer G-Eazy has established himself as a leading force in the music and touring world. His third full-length studio album The Beautiful & Damned (2017) debuted at No. 3 on the Billboard 200, garnered two No. 1 radio hits – “No Limit” ft. A$AP Rocky & Cardi B and “Him & I” ft. Halsey – and has since been certified platinum by the RIAA. The 5x platinum single “No Limit” has been streamed over 1 billion times worldwide to date. The Beautiful & Damned followed his platinum-certified sophomore album When It’s Dark Out (2015), which featured the 5x platinum single “Me, Myself & I” with Bebe Rexha. Known for his smooth raps, pristine production and dexterous range, the Bay-area rapper has performed on Saturday Night Live, MTV Video Music Awards, The Tonight Show Starring Jimmy Fallon, Jimmy Kimmel Live! and many more. He has won a People’s Choice Award for “Favorite Hip-Hop Artist”, named one of Forbes “30 Under 30” and covered publications such as XXL and Flaunt. His influence also spans the fashion world where he’s frequently hailed as the James Dean of rap for his dapper style, and regularly appears on GQ’s best-dressed and grooming lists. Additionally, he will continue his partnership with PUMA, recently announcing their first collaborative shoe is in the works to be released in 2020. PUMA will also continue to support his philanthropy, The Endless Summer Fund – a non-profit dedicated to helping Bay Area under-served youth reach their full potential and strengthening the community – and their joint program, “From The Bay to the Universe” in which G-Eazy selects a group of developing musicians to support their artistic efforts. 2019 saw G-Eazy’s career soar to new heights, including headlining Rolling Loud Music Festival in his hometown of Oakland, CA and making his critically-acclaimed acting debut in the global hit film Hustlers. In anticipation of his forthcoming fifth-studio album he has been slowly clearing out the vault by releasing tracks off his B-Sides series, and most recently with the surprise EP Scary Nights, released on October 18, 2019.