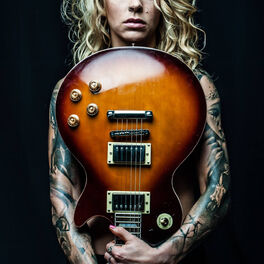 GUESS I SHOULD HAVE KNOWN

What You Fear the Most

Dubbed as having a vocal register similar to Adele (GAFFA) and for having a ‘Powerful and killer voice’ from Lzzy Hale (Halestorm) and Phil Campbell (Motörhead) it’s no wonder Clare Cunningham is making waves across the world with her music. Clare was born in Ireland which gives her that distinctive Celtic tone and she touches a lot of souls with her emotion when she writes about home. Coupled with her gritty raspy voice she’s got a very unique sound that hasn’t been going un-noticed. Especially over-seas. Back in 2013 Clare was head hunted on YouTube by Swedish all female rock quintet ‘Thundermother’. The five hard-core rock chicks had major success in the rock charts and landed a signing with ‘Warner Music’ Sweden for their first album ‘Rock n Roll Disaster.’ A signing with ‘Despotz Records’ (Sweden) then followed the release of their second album ‘Road Fever’ gaining support from artists such as ‘Mötorhead, Airbourne, D.A.D, Zakk Wylde, Halestorm, Michael Monroe, In Flames, Opeth, Danko Jones and many more. Cunningham decided to leave Thundermother in January 2017 to concentrate on her solo career and is now currently residing in the USA. To date, in the states, Clare has played the ‘Nantucket Project' (2018) 'Sundance film Festival' (2019) and has had a song placement in a Lionsgate movie (Bernie the Dolphin 2) in December 2019. She signed with Symphonic Distribution in January to start releasing her newer material for 2020. Current projects now also include recording a solo EP at iconic RCA studios in nashville.