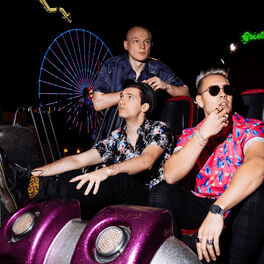 FLEKS are an Austrian Avant-garde Punkrock band, founded in 2014. “Punk aint’ dead, it just moved to Vienna” (Tonspion). FLEKS have established themselves as a fixture in the Austrian music scene. With their very ambitious debut album, Color TV, mass hysteria and sold-out stadiums are, naturally, just around the corner. Mixing indie and alternative with some good old punk attitude, FLEKS have become synonymous with a genre-crossing sound, delivered in high energy live shows. FLEKS have played shows at clubs and festivals within Austria as well as abroad and have shared the stage with several great names within the punk and metal scene such as Lagwagon, Sepultura and The Darkness.