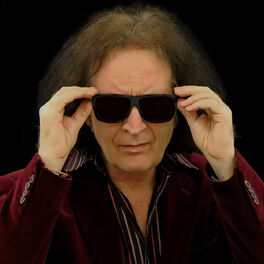 What a Marvelous World

What About the Human Footprint?

Beneath the Northern Star

Armand Gutheim is a versatile artist who has for several decades been active as a singer, musician, composer, director and producer. Trained in music, dance, theater and film in Sweden, France and Denmark, his career began at 19, with his first assignments at various theaters, recording studios and bands. In 1991 he co-founded Mother Earth Artists which since then has been the main platform for his own multidisciplinary work. As a composer Armand Gutheim has worked in various fields, from electro-acoustic to orchestral music, from musical theater to symphonic rock. In his work he often expresses much empathy and involvement in the great human issues, at times with a twinkle in his eye. In 2015 Armand Gutheim formed The Feel Harmonic Rockestra and released a full length album, "The Human Footprint", here on Deezer. It is a concept album with an environmental theme illustrating the different ways man leaves an imprint on our planet. In 2020 a new remix and master was released by Mother Earth Artists with recording additions and one new song. In 2018 a follow-up with "The Lost Memorial of the 1900s..." was released. This album takes us back to a musical trip through the 1900's with all its reminders and milestones from war and conflicts still relevant for us all today. While waiting for Armand Gutheim's forthcoming new album, planned for the spring of 2021, you are most welcome to visit his official website www.armandgutheim.com and contact him on armand@motherearthartists.com.