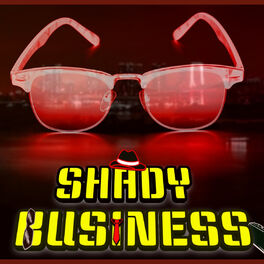 Something In The Way

With influences such as The Rolling Stones, ZZ Top, The Ramones, AC/DC, Jimi Hendrix, the Shady Business band promises their fans (and not only them) a unique, emotional, passionate, driving, creative music experience. This band formed by Robert Freeman-Guy (lead vocals/tambourine), Hawk “The Studio” Mann (lead guitar, keyboards, percussions), Johnny Erhardt(rhythm guitar, piano), “Stompin” Mÿkey Tomyn (bass guitar) and Colin “The Animal” Beaupit, was created with the idea of exposing the dark side of life while also seeing its brighter side as well...a duality rooted deeply inside the human nature and that the band constantly try to point out in their music. From the “ashes” of their previous band Stonedust Hawk, Johnny and Robert gave birth to Shady Business and released their first solo demo “Bitter Woman”, only to be joined after by Colin and Mÿkey: “we formed from the love of music...we love to create, we love to play” (as per their own statements). Experimenters by nature, they enjoy searching and being inspired by new sounds, painting their music with different color palettes, although their origin is deeply rooted into rock n’ roll (at least for now!). Be prepared to be pleasantly kidnapped by the dark and the light that this talented band, already very well-known into the Toronto Island Music Scene, is ready to deliver directly to your ears and hearts.