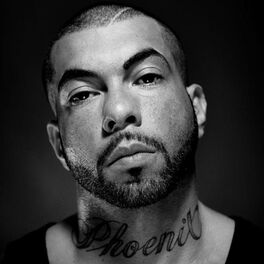 Zeit zu Verstehen (This Can't Be Everything) (Exclusive Version)

Azad Azadpour is a rapper based in Frankfurt who left Iran as a Kurdish refugee at the age of ten. Taking an early interest in the German hip-hop scene, Azad dabbled in graffiti, breakdancing and beatboxing before taking up rapping as part of the Cold-n-Locco crew with D-Flame, A-Bomb and Combad. Renaming themselves Asiatic Warriors in 1990, the group delivered lyrics in multiple languages (including German, English and Kurdish) and signed to the Ruff'n'Raw label to release their EP 'Told Ya!' in 1994. Internal differences led to their breakup shortly afterwards, with Azad and D-Flame pursuing solo careers.

Over the next few years Azad released a few solo tracks on underground mixtapes in collaboration with the DJ team Transformers. His full-length debut 'Leben' arrived in 2001, followed by 'Faust des Nordwestens' in 2003. The following year, Azad established his own production company and record label Bozz Music with fellow rappers Sezai, Lunafrow, Jeyz and Chaker, releasing the album 'Der Bozz' (2004). Azad gained attention for a rivalry with fellow German label Aggro Berlin and for criticism of his songs 'Blackout' and 'Judgement Day' by the German government watchdog who described them as a danger to youth. In 2005, Azad collaborated with Kool Savas to release 'One', reaching number five in the German Albums Chart. A string of moderately successful albums followed over the next few years before Azad reached the number one album spot with 'Leben II' (2016), the sequel to his debut album. The following year 'NXTLVL' (2017) was almost as successful, reaching number three.