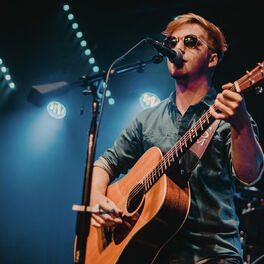 Since his parents are both musicians, Ethan was exposed to music at a very early age and began learning to play guitar and honing his vocal skills at 7 years old. His first guitar influences were Eddie Van Halen and Stevie Ray Vaughan, and his initial vocal influence was Steve Perry of Journey. Ethan is currently inspired by artists such as John Mayer, Marcus King, Noah Gunderson, the Goo Goo Dolls, Rob Thomas, U2, and The Police. Some of Ethan's recent music accomplishments include winning The Voice's Boston Knock Out Round in 2018 and earning a spot to compete in Eddie's Attic's 51st Bi-Annual Singer/Songwriter Finals as well as Madlife Stage and Studio's Undiscovered Artist Finals and its Battle of the Bands Finals.