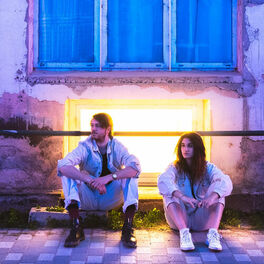 Looking for A name 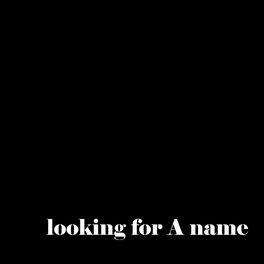 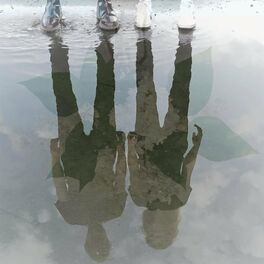 Face A Face B 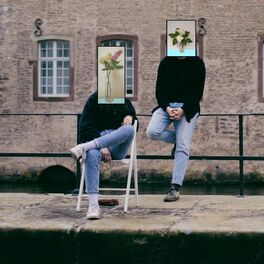 “looking for A name”, with a capital A, is a Strasbourg duo formed in March 2020 by two young musicians from the region, Basile Jacquemin and Sarah Faure. They have known each other since high school, have fun playing music together but the idea of forming a real project does not arise that on the eve of applications' close for the 2020 edition of the Inouïs du Printemps de Bourges (A french music Tremplin), 6 years after the first beginnings of their artistic collaboration. They make up apiece, and participate right after. They have no name then, they are nothing, they are nobody, but this musical ardor is imposed on them now. The two artists like toompose together, their collaboration then becomes lasting and gains in ambition. They have so far released four singles and produced a first album which has been released on July, the 9th, 2021. Their music, between Indie Pop and Alternative Rock, colored by the void left by the gap between Dream Pop and Rock'n'Soul styles, which they are particularly fond of, is the result of rigorous self-production. A strong and powerful voice, covering assemblage-like rock instrumentations, a bit spatial and glitchy, characterize the dress of their creations. >> “MONSTEROSA”, our first album, was conceptualized as a small universe all by itself, a universe where the emotional mixes with the crazy, sometimes in a cocktail funny, sometimes sad. We have sought by sound and image to give substance additional to our songs and an even more assertive unity. Our album has 9 tracks and is intended to be the business card-springboard of the group, whose objective, by this act of credibility, is increased professionalization, or ideally total, for 2022. “CLUB” is the festive and visceral note, hallucinatory swaying, of our series of clips which debuted on Youtube on June 20, 2021. These three clips, the last of which (“LASSITUDE”) should be released no later than early August, are connected by a common imaginary. They form a universe mapped by visual elements recurring, which venture through sometimes contradictory tones. Beyond a first album, we wanted to offer a multi-dimensional to glimpse our music. However, the pieces retain their individuality, and are able to exist without others. But together they form MONSTEROSA, a whisper nostalgic, like a bulwark against the blandness of things, the fading of people. MONSTEROSA is a laugh in the face of complacent solitudes, a melancholy, ironic and burlesque therapy for the sublimation of our condition of social beings... <<