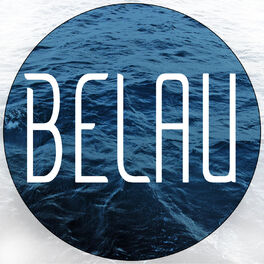 An Ocean With No Waves

“Take You to The Sea” – in the world of Belau a constant buoyant mood and a sense of optimism meets innovative electronic beats. The message is simple: leave the monotony of everyday life behind, get rid of our barriers, and experience every moment to its fullest. Debut, Island of Promise was released with a single-take music video by an award-winning director: now it counts nearly 300.000 views. It has been chosen the top hits of 2015 at Deezer Hungary; also appears in HBO series called Golden Life. In early 2016 the project expanded with Krisztián Buzás; live act - featuring Böbe Szécsi on vocals - had at least 60 shows in their first year. The debut full-length, The Odyssey has been released in late 2016 featuring vocalists from the Hungarian underground scene. The LP brought a groundbreaking success with winning the Hungarian Grammy’s, the Fonogram-awards and the possibilities are just increasing since then. Tunes of Belau are also featuring in commercials for Pepsi and Telenor.