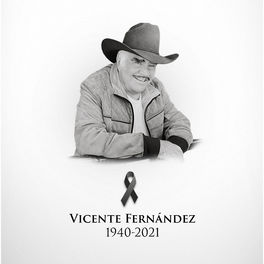 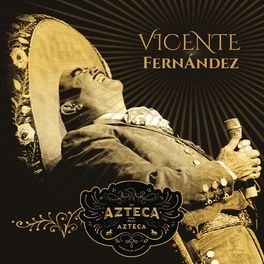 One of Mexico's most famous artists, Vicente Fernández (February 17, 1940) was a successful actor, singer-songwriter, and film producer. Known as "El Rey de la Música Ranchera," Fernández made his name performing traditional Mexican folk. Ranchera is closely associated with the more widely known mariachi but pure ranchera is played to a specific formula of subject matter, time signatures, lyrical content, and arrangements. He made his recording debut in 1967 with the album La Voz Que Usted Esperaba, followed by the commercial blockbuster Palabra de Rey only a year later. Some of his most famous hits from that time include "Tu Camino y el Mío" and "Perdóname." Throughout Fernández's career, he earned three Grammy Awards, eight Latin Grammys, and sales of more than 50 million records. In parallel with his recording work, Fernández was also a successful actor. Quite early on in his career, he branched out into films, almost always appearing in the traditional ranchera costume of sombrero and embroidered suit. He acted in more than 40 films and often provided music for the soundtracks. With more than 50 albums to his credit, Fernández's acting and musical careers have made him one of the most influential figures in popular Mexican culture. Even though he retired from performing live in 2016, he continued to write and record songs up until 2018. On December 12 in 2021, the Mexican legend passed away at 81 years old from complications of his Guillain-Barré syndrome.