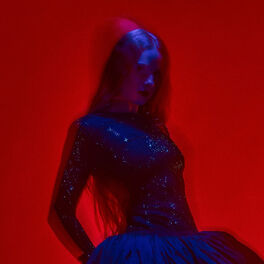 Lady Powers Live At The Forum

The Way That You Love Me

All The Pretty Girls (Mahogany Sessions)

All The Pretty Girls

Songs that make you feel alive

Love songs to scream in the car

Over the past two years, Vera Blue-real name Celia Pavey-has made a name for herself crafting intricate, elegant electronic pop with an emotive core. While Celia’s rise has been meteoric, it’s not surprising. She grew up in a tight-knit, musical family in the small-town of Forbes NSW. In high school, Celia was teaching herself acoustic guitar after becoming obsessed with Joni Mitchell. It was during this period that she learnt her passion for folk music & songwriting. In 2016, she released promising EP Fingertips, & then last year she dropped her debut album Perennial which combined her folk roots with electronic music, resulting in an album full of heart-wrenching pop. The album received a triple j Album of the Year nomination, was voted as a Top 10 triple j Listeners Album of 2017 & nominated for an ARIA Award for Best Pop Release. Celia herself was also nominated for APRA’s 2018 Breakthrough Songwriter of the Year award. The past two years, Celia says, have been “crazy”. But she’s been most thankful that her debut album -made in the midst of heartbreak- has left a mark on its listeners. “It’s been really nice to be able to create a body of work that captures something that I've been through, & that I know other people, either have been through, or they're going through. It's been really nice to connect with some people in the audience, who after shows have told me their stories, & said that my music has helped them” she says. “It has reminded me of why I make music”.