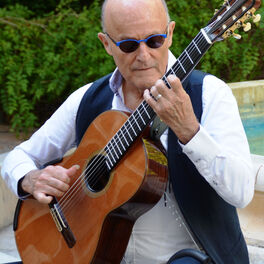 French classical guitarist, lute player, composer and educator Arnaud Dumond is one of the most fascinating musical guitarists on the French and international scene. He asserts himself as one of those rare instrumentalists-composers who has taken the classical guitar to an unexpected dimension. Invited to major festivals around the world, he has participated in thousand concerts as a soloist, as well as in numerous masterclasses across more than sixty five countries and especially throughout France. With over 16 albums to his credit, he has recorded some of the most beautiful performances of the acoustic guitar international repertoire, his original compositions for the guitar, and also for choir (Mass, Requiem) and orchestra (guitar concerti). His virtuosity ranges from Renaissance to contemporary music. His sensitivity for new interpretations of baroque and renaissance music and the great guitar classics is as much appreciated as his deep knowledge contemporary guitar music. His original compositions for guitar parallels those of the masters and now form part of guitar students’ worldwide repertoire. His repertoire ranges from John Dowland to Luciano Berio (He was elected to play his Sequenza for guitar during the integral of Berio's Sequenze, in presence of the composer, Grand Théâtre of Geneva feb.2002). Arnaud Dumond is the first French guitarist to win the 1st prize of the Paris-Radio-France Guitar Competition, founded by Robert Vidal and several other prestigious international competitions: Tokyo Yamaha Competition (for performers-composers) Gaudeamus Competition (contemporary music), at the International Youth Musical Competition in Belgrade. In each competition he was given the public prize. After having started in music as an autodidact, he completed his graduate studies in classical guitar at the Ecole Normale de Musique de Paris under the direction of Alberto Ponce. He has studied under the masters of the guitar Narciso Yepes, Emilio Pujol, John Williams and Joseph Urshalmi. Dumond has performed in the company of prestigious musicians such as bassist Jaco Pastorius, jazz pianist Claude Bolling, flautists Georges Alirol, Pierre-Yves Artaud, William Parrot, André Stocchetti and Alain Marion, harpsichordists Elisabeth Chojnacka and Michèle Delfosse, violinists or baroque cellists Patrick Bismut, Philippe Foulon, Jean-Pierre Nouhaud, the Contrechamps Ensemble of Geneva and others bands. He has also played in the company of conductors such as John Eliot Gardiner, Philippe Nahon, Cyril Diederich, Leo Brouwer, Philippe Bride, Daniel Kawka, Jean-Pierre Wallez, Jean-Marie Curti, Roland Douatte, and Leo Samama. For years and parallel to his career as a soloist, Arnaud Dumond has also focused his passion on Duets of various style. To day, after V.Le Gall, JB Marino and Samuelito, he plays with the great Andalusian guitarist Pedro SIERRA with musics based on famous classical tunes confronted, transcended, rearranged and so to speak, inflamed by the Flamenco style : Clasico for flamenco. Dumond has also developed his career as a composer. He has written hundreds of works of all kinds: solos, duets and quartets for the guitar, but also works for strings, choir, orchestra and various ensembles. He is the author of several concertos for guitar(s) and orchestra. He has a sustained interest in sacred music, which he has portrayed in his works : Mass, Requiem (premiered in Reims Cathedral, then in Paris, Rouen, Evreux, Laon), 9 Tenebrae, Quintet Olivers garden-tonight-be alone, madrigals... He has distinguished himself by a committed approach to contemporary music. In the 1990s he created a guitar festival in Paris called the S.P.A.G. (Semaines de Paris Autour de la Guitare – Paris Weeks Around the Guitar), aimed at decompartmentalize the guitar by associating it with other instruments (including the voice) through contemporary creations. The honorary presidency of the festival as comprised of composers Maurice Ohana, Luciano Berio, Elliott Carter and Edison Denisov. Arnaud Dumond enjoys accompanying literature with the help of actors such as Anne Alvaro and François Marthouret (Journées Maria Casares), or through poetry / music recitals in the company of Marie-Christine Barrault, Alain Cuny, Jean-Marie Bernicat, Alain Carré, Pierre Lamy, Michel Paulin, Richard Vachoux, Frédérique Villedent, Clara Dumond, Paul Bouffartigue, Bertrand Festas and Rabah Medaoui. Arnaud Dumond taught in Paris conservatories, at the ENM of Evreux, at the Catholic Institute of Paris, at the CRD of Créteil, at the Summer Academy of Fontainebleau (alongside Nadia Boulanger and Narcis Bonet). He has given internships and master classes in the United States, Switzerland, Czech Republic, Germany, Japan, Hungary, Russia, England, Italy, Greece and in many cities throughout France. He is now a full professor emeritus hors classe and teaches in Paris. Every summer, he leads a workshop in Limoges, France, where for many years he has incorporated his love for the flamenco guitar to his teachings. He is the author of several experimental methods, including one preface by Cuban composer, conductor, classical guitarist and honorary member of the International Music Council, Leo Brouwer. He has also written occasional columns, published in several medias especially in France such as guitaremag.com, La lettre du Musicien, France-Musique, Le Monde, Liberation, Les Cahiers de la Guitare, Guitare Classique, and on social networks.