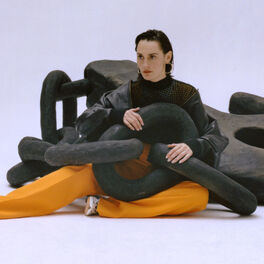 French dance-pop group Yelle were founded in 2005 when longtime friends Julie Budet (who took the stage name Yelle) and Jean-François Perrier (known as GrandMarnier) decided it was time to start a band. Their first single, "Short Dick Cuizi," a rather obvious slam of French rapper Cuizinier, was posted on MySpace in 2005 and became a minor sensation. After some lyrical adjustments and a title change to "Je Veux Te Voir", the song became the duo's first official single in 2006 and became a Top Five hit in France and an indie sensation song internationally. After adding Tanguy Destable, also known as Tepr, the trio began work on their debut album. Pop Up was released by Source Records in 2007. The band then spent time touring the world over before work on its second album began. They also found time to work with Robyn and Crookers, and to remix Katy Perry's "Hot & Cold." After working virtually nonstop for two years on album number two, Safari Disco Club was released in the spring of 2011 on Cooperative Music and was followed by extensive international touring. On their third album, Yelle slimmed down to the duo of Budet and Perrier, while signing to pop hitmaker Dr. Luke's Kemosabe label. Though it was a little more focused than previous efforts, 2014's Complètement Fou was still imbued with a fun-loving, anything-goes left-field pop outlook. It is hard to think of another current artist who has managed to go global the way Yelle has. Having released three albums in the last decade and performed countless live shows around the world, all the while singing in her native French language. Yelle's beautifully melodic compositions translate regardless if fans have any idea what she is actually singing about.