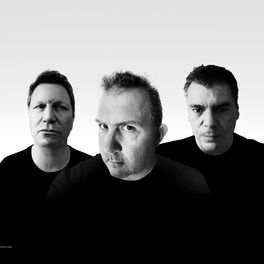 This And That (B-Sides And Rarities)

Frost* was formed in 2004 by keyboard player and singer Jem Godfrey, Released in 2006 the band’s debut album “Milliontown” was an instant success and is regarded by many as a classic in the modern prog rock genre featuring John Mitchell on guitar, John Jowitt on bass and Andy Edwards on drums. The band quickly followed it up with “Experiments In Mass Appeal” in 2008, in many ways the antithesis of “Milliontown” featuring a much more stripped back sound, more concise songs and a new band member and singer in the form of Dec Burke. Divisive at the time, the album nonetheless received a lot of airplay on the college rock stations in the United States and helped the band become noticed by bands like Dream Theater who subsequently offered Frost* a UK support tour. In September 2019 Godfrey and Mitchell rented a cottage for a week in Helford, Cornwall and set about converting it into a recording studio. Renaming it “Troubled Cow Studios”, day one saw them write and record “Skywards” in complete demo form, “Island Life” was written on day two. On day three, the duo wrote what was to become the title and defining track of the new album, “Day And Age”. With 4th album “Day And Age” now in the bag and due for release in May 2021, Frost* are back in action once more.