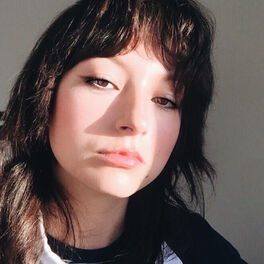 Leaving the Mind Behind

Lili Alaska is an Australian and French multi-instrumentalist singer, songwriter and producer. Lili Alaska was born in the French Alps in 2004. She grew up in New Zealand and Australia before moving to Colorado, USA in 2014 where she attended her first open mic at 10 years old. The local Americana scene became a source of inspiration and developed her influences alongside pop and rock music. From 2016, she spent a year on the road between New York City and L.A. with her nomadic fam and traveled to Nashville where she decided to turn her passion into a profession. ​ Based in Sydney, Lili is regularly performing on local stages and with rock band Fridge. She produces her own records while still attending high school. Lili is developing her own sound and original identity, using intricate layering of synths, guitar riffs and vocals which accentuate her profound and meaningful lyrics. Her first single 'Wasteland' and her first EP 'Little Devil' were released in 2020 at just 15 years old. They received a great reception on Triple J Unearthed, FBI, 2SER, Quiet Fire, RTRFM, 3RRR, PVFM and many other community radios. ​ In August 2020, she was selected by the Australian Independent Record Labels Association for the 2020 Women in Music. Her single 'Leaving the Mind Behind' came out in September 2020 and was featured single of the week by AIR. ​ Lili Alaska released 'L'amour par la fenêtre' in January 2021, a pop-rock ode to Love adapted from French poet Arthur Rimbaud's 'Phrases' from cult collection 'Illuminations'. She performed the song at the MCA for the Night of Ideas 2021 and on ABC Radio National. The single is the official song of the French Film Festival Aotearoa 2021 and the trailer is broadcasted nationwide in New Zealand's movie theatres. ​ In May 2021 Lili Alaska was selected for the second round for the APRA Professional Development Awards 2021. ​ Music magazine Cool Accidents named Lili Alaska one of the 10 groundbreaking musicians under 21 to watch.