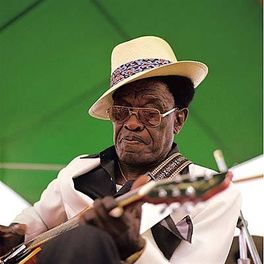 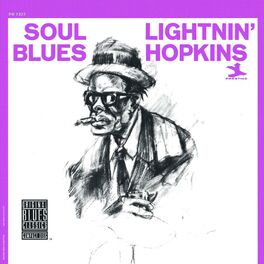 The Best Of Lightnin' Hopkins

Lightnin' and the Blues: The Herald Sessions

Blues In My Bottle

Roots of Rhythm and Blues

You Better Know It

Lightnin' Hopkins grew up steeped in blues in Texas and learned much of his music from his distant cousin, the singer Alger 'Texas' Alexander. He was also directly inspired by meeting another blues great, Blind Lemon Jefferson at a church picnic and began accompanying Jefferson at church gatherings. After working as a farm hand, Hopkins migrated to Los Angeles in 1946, teaming up with pianist Wilson Smith and making his first recordings. They were released on the Aladdin label, which also persuaded Hopkins to adopt the nickname Lightnin' to make him sound more dynamic. This led to club bookings and further recordings, including the hits T-Model Blues and Tim Moore's Farm. By the late 1950s he was discovered by the burgeoning folk and blues revivalists intent on discovering authentic blues musicians and found himself playing to integrated audiences for the first time. In 1960, he appeared alongside Joan Baez and Pete Seeger at New York's Carnegie Hall and recorded two of his classic tracks, Mojo Hand and the spiritual Mary Don't You Weep. In 1968 he recorded the groundbreaking Free Form Patterns album backed by psychedelic band The 13th Floor Elevators and remained one of the American folk and blues revival's leading attractions through the 1960s and 1970s, going on to make more recordings than any other blues artist in history. Suffering from cancer, Hopkins died in 1982 at the age of 69.