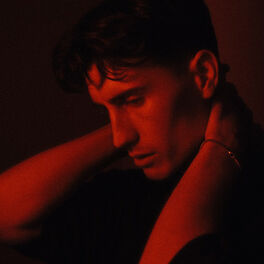 When I'm Around You

THIS IS Deep House

If I Give It To You (Remixes)

If I Give It To You

One of the easiest ways to describe Running Touch’s music is to borrow one of his own song titles, two words that seem to encapsulate the musician and the world he’s building around his craft: Post Modern. Running Touch’s work has always been one to bend conventional limits, regardless of the project it’s representing. As a founding member and key studio writer of Ocean Grove (the Australian hardcore band he formed when he was 13), he moulds heavy rock experimentalism with fragments of electronica and pop. As a silent member of Adult Art Club, he warps and buckles techno into its most potent and thrilling. As Running Touch, he’s a somewhat-enigmatic master-of-all-trades: A songwriter, producer, vocalist, multi-instrumentalist and creative director whose work stretches beyond limits to create art - entire, multi-sensory universes. Musically, he plucks influences from artists that have a similar depth to their music however, unlike many others, he takes influences stretched across media – live performance, art, design, photography, literature, film – and combines them into one, creating a sense of complexity that goes far deeper than just the musical surface. Returning in 2020 with the first taste of what’s to come from his forthcoming debut album. ‘Meet Me’ is the artist’s new single which lays the foundations of his debut record that’s expected to go beyond the anonymity, exploring the brain behind it all often at its most personal and intimate.