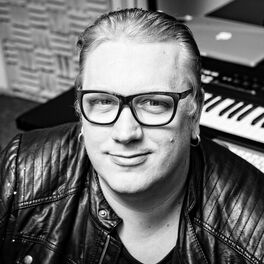 Known for his moving, storytelling lyrics, Arttu Wiskari broke onto Finland's music scene with self-funded single 'Mökkitie' in 2010 and has since developed into a prolific writer of emotional rock anthems.

Born in the coastal city of Espoo, Wiskari learned the violin as a kid and played bass in local blues rock outfits Albron Blues Bulevardi and The Lucky Street Band and started singing at seventeen when his groups struggled to find a vocalist. When his friend Mikka Ullakko was making an independent film called 'Graffiti Meissä' in 2006, Wiskari was recruited to write his first songs and perform them in the movie.

He also provided songs for Ullakko's 2009 drama 'What Became of Us', but several record companies turned down his demo tapes and so he and his bandmates were forced to take out a loan in order to record and independently release single 'Mökkitie'. The heartfelt track was championed by national radio stations and went on to become a summer hit after being played heavily in the television show 'Big Brother'.

His self-titled debut album released in 2011 went to number one and produced follow-up hits 'Tuntematon Potilas' and 'Sirpa'. His deal with Warner Music subsequently helped him record albums 'Tappavan Hiljainen Rivarinpätkä' in 2013, 'Sirpaleet' in 2014 and 'IV' in 2016. He also enjoyed a secondary career as a voiceover actor, where he regularly helped dub Hollywood movies into Finnish and even voiced one of the characters in 'Shrek: Forever After' (2010).

He returned again in 2018 with patriotic single 'Suomen Muotoisen Pilven Alla' and Wiskari was also part of the reality television show 'Unelmia ja Studiohommia', which followed life at his studio and label Mökitie Records.