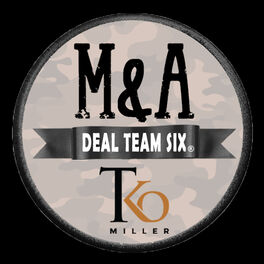 Episode 002: The Evolution of the Scaffolding Industry

In this episode, Tim Oleszczuk, your host, interviews Marc Wilson, the former CEO of Safway Services. Under Marc’s leadership, Safway grew from a company with revenues of $50 million with 40 branches to one with over $950 million and 90 branches. In this episode of the podcast, Marc shares his vast experience in the scaffolding business, as well as how the industry has evolved over the past 30 years. Marc explains the differences between commercial and industrial scaffolding and talks about the necessary components for a successful scaffolding business considering integration as a fundamental aspect. Introduction to Marc Wilson – Former CEO of Safway Services  2:13        The Evolution of Safway in the Scaffolding Business 3:50 Begins as a manufacturer 4:00 Starts to open branches 4:18 Starts to rent scaffolding 4:40 Adds erection and dismantle (E&D) of scaffolding 5:15 Expands into the industrial business 6:18        What is the Difference Between Commercial and Industrial Scaffolding? 12:10 Safway expands into multicraft services 13:36     Why was Safway successful at industrial scaffolding while others were not? 15:50     The importance of having the right scaffolding teams for success at growing capabilities 17:00     How Safway used branch compensation to create “ownership” by location 20:40     Scaffolding consolidation in the early 2000s 21:25     Private equity begins to look at the scaffolding industry 24:24     Safway does not sell but PE powerhouse CCMP/JP Morgan buys Brand and Lindsay Goldberg acquires Brock. Both decide to grow through acquisition. 28:08     The importance of standardizing equipment in company integration 29:05     Why financial buyers struggle with commercial scaffolding versus industrial scaffolding 32:27     Safway finally decides to sell in 2009 to Odyssey Investment Partners 37:33     Safway’s growth within the Odyssey portfolio 37:56 Acquisition of Atlantic Hoists in New York City changes Safway’s profile and            hoists become an important product offering 43:32     Clayton Dubilier & Rice (CD&R) makes a big bet on scaffolding and acquires Brand.  Soon after, adds Harsco/Patent.  This was a very difficult combination 48:27     (CD&R) doubles down and pays close to $2 billion for Safway.  Still looking to create the synergies expected after the Brand and Harsco acquisitions. 49:45     Let’s really think about integration for a scaffolding business – what does that mean? 52:25     The acquisition of Spider Staging. Did that make sense within the Brand Safway organization? 54:15     There continues to be challenges in the industry. At its core, does scaffolding make sense for financial buyers?