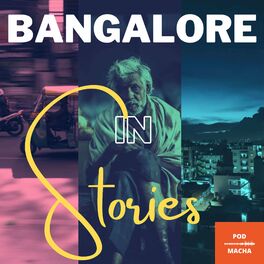 What It's Like Running Into C.V. Raman in Bangalore

C.V.  Raman moved to Bangalore in 1933 to take over as Director of the Indian Institute of Science. There remain a few Bangaloreans who fondly remember having encounters with the man who was the first Asian to win a Nobel Prize in a science discipline. We speak with Uma Jagannath and K.K.S. Murthy for their recollections of C.V. Raman and learn about their own contributions to the city. We are grateful to the folks at Connect with IISc for helping make this episode happen. A PodMacha Studios production. Contribute to Charlie's Animal Rescue Centre (CARE) at this link.  Say hello: Bangalore In Stories on InstagramPodMacha on InstagramResources: 1. If I Had a Smartphone Then, I Would Have Taken Selfies with CV Raman - IISc Connect2. Mars & Beyond - C V Raman : The scientist and his legacy - PIB India