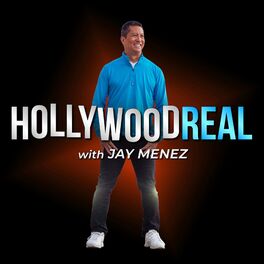 Eric the Trainer Interview | Celebrity Sweat: How to Build a Superhero Body

Eric Fleishman, aka Eric the Trainer, Hollywood Physique Expert and Host of Celebrity Sweat, is a big name in Hollywood fitness. We discover how to build a superhero body and how his personality and perspective on life are even bigger than his biceps.▶︎ WATCH the full Eric the Trainer interview at Hollywood Real with Jay Menez on YouTubeFamously known as "Eric the Trainer," Eric Fleishman went from living on a farm in Maine to Los Angeles where he was mentored by the world's greatest bodybuilders.His commitment and focus led Eric to become the physical transformation guru demanded by Hollywood's most visible individuals—artists, actors, athletes, musicians, and more. Learn how the right mix of focus, hard work, determination, and taking positive action can lead to achieving your biggest goals.▶︎ CONNECT with us and SUBSCRIBE now so you don't miss a thing: @EricTheTrainer@JayMenezTVABOUT Hollywood Real with Jay Menez:Insightful conversations with the most fascinating people in entertainment and sports.▶︎ SUBSCRIBE at HollywoodReal.com for more celebrity interviews and exclusive content.