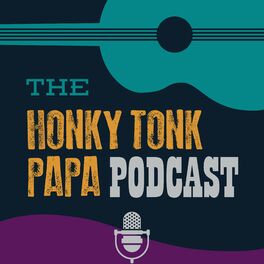 Have you ever given away a prized possession because you had a feeling it might really make a difference for the person receiving it? My guest Cameron Connah returns for the second in a two-parter to share the fascinating story of someone who did just that for him more than 20 years ago. It not only changed the trajectory of his life, but played a key role in the creative endeavors of three close friends. Get ready to be inspired by the lovely sounds of "the gift" in this beautiful tapestry of story and song. Most of our episodes include stories about the legacy of Atlanta artist and musician Whit Connah - aka Honky Tonk Papa - and the impact he made on the lives of people who encountered him. But we'll often explore other legacy makers, like the people you'll hear about in today's show. If you didn’t catch part 1 with Cameron, you'll want to go back and listen to Episode #2: Whit Songs. It’s filled with original music and some mind blowing surprises! Learn more about Taylor Brown’s fiction at www.taylorbrownfiction.com.Learn more about Blaine Capone’s art at www.blainecapone.art.Episode #3 Music (in order of appearance):Roving Rounder. (Intro) Written by Whit Connah. Performed by Whit & Michael Daves. Sound design by Dave Spencer. Host introduction by Kenneth Johnson.Back Step Ellie (Background to Amy's intro). Written by Barbara Panter-Connah. Performed by Barbara and Hair of the Dog on the band's album, Mongrel.Suzy (Guitar & Harmonica Instrumental). Written and performed by Cameron and Lee Connah (aka The Urban Tumbleweeds).Roving Rounder (Guitar & Harmonica Instrumental). Written by Whit Connah. Performed by Cameron and Lee Connah.Various Instrumentals. Composed and performed by Cameron Connah.Old Time Instrumental. Performed by Hurt Dog with Paul Connah on guitar.The Wolfman. Lyrics written by Taylor Brown. Composed and performed by Cameron Connah.Seamus O’Malley. Lyrics written by Taylor Brown. Composed and performed by Cameron Connah.Suzy.  Lyrics written by Lee Connah. Composed by Cameron Connah. Performed by Cameron and Lee (aka The Urban Tumbleweeds) with cameo by Heron Connah. Hear Suzy and other great tracks on their album “Love & Tumble” at www.bandcamp.com.