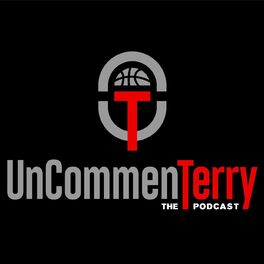 Welcome to the UnCommenterry! This is episode 1 and and to kick things off we're coming at you with a Cold Blooded Killa. This week’s guest went from being “Mr. Irrelevant” as the last pick in the 2011 NBA Draft, who then blossomed into a 2 time NBA All Star and 5th place finisher in the 2017 NBA MVP race. He was also dubbed The Mighty IT by the late great Kobe Bryant…I’m talking about Mr. 4th Quarter himself, Isaiah Thomas!  We’re going to check in with IT to see how he’s feeling physically after being on his SLOW GRIND. And speaking of SLOW GRIND, we’re going to chop it up about his company Slow Grind Media and their newest project “Hoops Heist” – which dives into the basketball culture of the Pacific Northwest and the State of Washington.It’s well-known that IT is a product of his environment, so we talk about his active involvement in the community of our hometown, Tacoma, Washington. And Isaiah will be the first to tell you that there is more to life than just basketball, so we rap about what the future might hold for him after his playing days…but not so fast because we all know there’s more work to be done on the court for The Mighty IT! We’re coming at you full throttle so strap up and check ball…but remember this is IT were talking about…so you might contain the cross but you’ll get lost by the hesi!