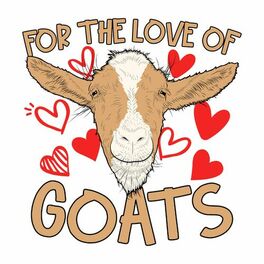 Common But Unimportant Worms in Goats

For the Love of Goats

Because barber pole worm (haemonchus contortus) causes so many deaths among goats, we don't talk about other worms much. Barber pole is the worm that sucks blood and causes goats to become anemic, which can cause a goat to go downhill rapidly and even die.Goats can be walking around with a host of other worms in their body, however, and ironically most of those worms are unimportant and don't cause disease. So, why are we talking about them? Because most people think that all worms must be killed, and ultimately, the attempt to kill all the worms can result in the barber pole worm killing your goats.Since barber pole worm can become resistant to dewormers, we should only use dewormers when the health of the goat is being negatively affected by worms. The more we use a dewormer, the sooner barber pole is going to become resistant to that dewormer — and then barber pole can kill your goats.In this episode, I am talking about these common but unimportant worms with Dr. Ann Zajac, Professor Emeritus of Parasitology at Virginia-Maryland College of Veterinary Medicine at Virginia Tech. We're discussing tapeworms, threadworms (strongyloides), pinworms, whipworms, and lungworms, and why we don't usually need to be worried about their existence inside our goats.For more information:American Association of Small Ruminant Parasite Control Copper Oxide as a DewormerDeer Worms in GoatsNatural Parasite Control with LespedezaRoundworms and GoatsUsing Dewormers CorrectlyWorms During Kidding Season