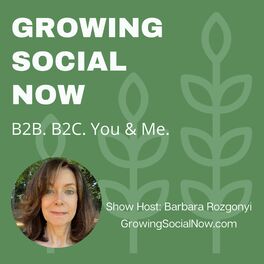 About our Guest, Amy Hesser/CEO/Hesser Communications GroupNamed as one of “The Top 25 Most Powerful Women in the New Economy,” by i-Street Magazine, Amy Hesser is celebrated for her work in preparing her clients to position their stories in compelling contexts and present them in ways that transcend old school media relations. As a former broadcast journalist, Hesser has a knack for leveraging her media insider insights to empower the people and organizations she works with as they gain top tier exposure in outlets ranging from Good Morning America, to The Wall Street Journal, Investor’s Business Daily, and USA Today.Additionally, as a new media pioneer Hesser is known for maximizing opportunities for her clients across today’s ever-evolving landscape of digital platforms which are increasingly important communications channels as people and organizations are given unprecedented opportunities to create content and self- publish and broadcast their key messages to their most important audiences.For over a decade, Hesser has worked with teams at dozens of publicly traded companies, tech start- ups, and government-funded entities helping them optimize their external communications efforts.As Founder & CEO of Hesser Communications Group, Hesser enjoys leading an elite team of PR professionals, recognized social media thought leaders, and former journalists who have won numerous awards in their fields, and consistently garner positive industry-leading coverage for the firm’s clients.Prior to founding Hesser Communications Group, Hesser was at Ogilvy Public Relations Worldwide where she was Vice President and Director of Media Relations while leading the Chicago Technology Practice. She also spent a number of years as a popular on-air reporter at Fox News Chicago, and spent time anchoring the news at a number of other network television stations around the country. Additionally, Hesser covered national politics at Cox Broadcasting’s Washington Bureau on Capitol Hill.Hesser is a graduate of The George Washington University, where she wrote for the student newspaper, The GW Hatchet and was a member of The Society of Professional Journalists.Connect with Amy Hesser on LinkedInConnect with Barbara Rozgonyi on LinkedIn