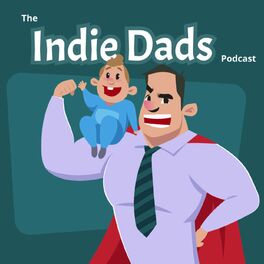 2 | How we each got started, having fun on your project, and future plans

In this episode, Malcolm and Bryan dive deeper into how they got started on each of their projects, and how they've been able to balance family priorities at the same time.For Malcolm, it began with a big idea that he ultimately realized he would need to scale way back in order to not burn out while working a full-time job, supporting and spending time with his family, and still trying to put in a few hours each night. He ultimately tabled his original idea and began working on a problem that would scratch his own itch: simple time keeping and invoicing for freelancers like him.For Bryan, he began with an ambitious vision for how he wanted to stand out in the crowded "freelancer tools" market, but quickly realized he was biting off more than he could chew (even while working full-time on his project). He has now decided to launch his side project -- which involves his passion for writing -- while continuing to gather data on his main idea.This episode is a little longer than future episodes will be, because we wanted to lay the groundwork for future episodes, but we're excited to continue sharing our journey!--Mentioned in this episode:Arvid Kahl's The Bootstrapped Founder podcast, episode 2: Problem Validation: Making Sure You’re Talking To The Right People"You can't assume that anything stored in a service you don't pay for will persist." - @paulgBook References:The Mom Test: How to talk to customers & learn if your business is a good idea when everyone is lying to you - linkMarketing for Developers: Build, launch, and get your first 100 customers - linkMalcolm's Twitter: @InquisitorJaxBryan's Twitter: @PocketBryanBryan's Project: Coming soon! Keep an eye on Twitter.Malcolm's Project: RemotimeIf you're a current or aspiring SaaS founder, you can subscribe to Bryan's SaaS Founder Gems Newsletter.--About this podcast:We're Bryan and Malcolm, a couple of dads sharing our journey about bootstrapping our indie businesses while still prioritizing our young families.Our goal is financial and location independence, but not at the expense of our families, our kids' happiness, or our relationships.That doesn't mean we won't work hard and hustle in order to get things off the ground, but our priorities will always be family-first.We believe that you can bootstrap a successful SaaS, Freelance, or Indie business while still enjoying the family life. We're here to share our learnings as we build our businesses from scratch.