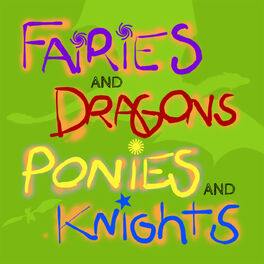 Fairies and Dragons, Ponies and Knights

An episodic adventure story for humans of all ages! In the beginning everyone was nice. But over time, so slowly that no one could say when, or how, or why it started, the Fairies and the Ponies got...mean. Beatrice knew this because, although she couldn’t prove it yet, she knew that the Fairies and Ponies had stolen her egg. And stealing a dragon’s egg, in Beatrice’s opinion, was going too far. But to confront them she would need the help of a Knight. Produced by Dirt Road Theater in Northfield, VT, FADPAK was created by Gracelyn, Oliver and Dominic Spillane. It is edited and performed by Maren Langdon Spillane, and features original music by Nathan Leigh. Each episode is broadcast live to a virtual audience on Zoom and features a special guest artist whose illustration will come to life during the performance. The podcast will be released one week after the live performance. Website link - dirtroadtheater.com/fadpak