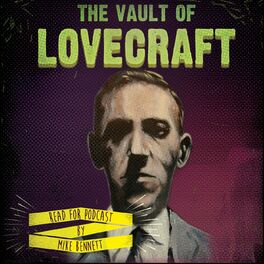 The Vault of Lovecraft

“The oldest and strongest emotion of mankind is fear, and the oldest and strongest kind of fear is fear of the unknown.” H.P. Lovecraft. Enter The Vault of Lovecraft and cross over into a nightmarish world of spine-chilling horror from one of the Twentieth Century's greatest masters of the macabre. This unabridged collection includes many of H.P. Lovecraft's best known works: short stories like The Statement of Randolph Carter, Dagon, Cool Air, and longer stories like The Colour out of Space, Herbert West: Reanimator, and Mike Bennett's Parsec Award-winning recording of The Shadow over Innsmouth. Originally podcast between 2007 and 2019, this podcast is all of Mike Bennett's Lovecraft recordings (so far) collected in one volume.