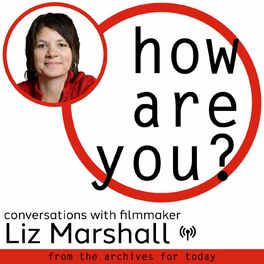 How Are You? (from the archives for today)

"How are you?" This habitual question often prompts a colloquial response like "Not bad, and you?" But award-winning Canadian filmmaker Liz Marshall actually wants to know…because there hasn’t been a better time than now to check in with some of the people she has collaborated with, on and off screen since the 90s, while making films and television around the globe. This inaugural podcast series is a deep dive into convo’s with change-makers, sages, rebel-warriors and public figures, about the state of their world, and our own.