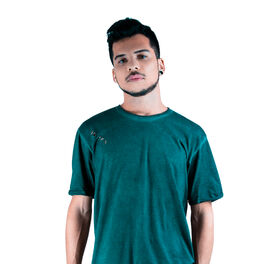 Give Me Some Time

Edson Faiolli has been calling the attention of the electronic music scene with his productions and achievements. Coming from Juiz de Fora - MG, the young DJ and producer achieved an exponential growth in his presentations on Spotify with his latest releases, being among the 100 best electronic music artists most listened to in Brazil. In 2020, Edson Faiolli released the track "Trying to Go Back" which already exceeds 3 million streams on Streaming platforms. With songs released by renowned national and international labels such as: Warner Music, Soave, HUB Records (Sony Music), Mix Feed, Box of Cats, among many others, Edson Faiolli's productions gain more and more strength in the new scenario, receiving endorsements from big names like David Guetta, Martin Garrix, Don Diablo, Lucas & Steve, Swanky Tunes, Cat Dealers and KVSH, to name a few. He was also one of the winners of David Guetta, Martin Garrix & Brooks' successful "Like I Do" remix contest, which was officially launched on all digital platforms. His musical productions are modern and full of peculiarities, Edson Faiolli conquers fans wherever he goes, always carrying an incredible energy in his presentations full of personality.