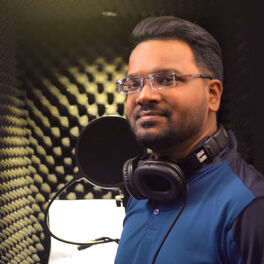 Jobaer Shawon an emerging singer who studied in Chhayanaut Sangeet Bidyayatan on ‘Introduction of Music’ & ‘Folk Music’ from 2010 to 2012. Adding that he is involved in the music industry since 2006 & worked in various music platforms like Studio playback, Live program, Jingles. Besides being a singer, he worked as a Lyricist, a Composer, Music Producer. He has also won ‘Nescafe Campus Star’(a famous institution-based music competition) was held in 2006. Many of Jobaer Shawon’s solo tracks have been published on G Series, Huez TV & a Mixed Album published named Borno with colorz Vol. 5 by Huez TV.