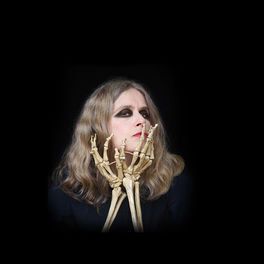 This Is The Kit

Born in the Ear

Juana Molina is a singer/songwriter from Argentina whose atmospheric blend of folk, electronica, and experimental pop have brought her international acclaim. Best known in South America as a comedic television actress, Molina debuted in 1996 with Rara, which initially seemed like just another celebrity vanity project. However, the album was simple, direct, and intimate: three things that usually fall outside the ego scope of most celeb music projects. Apparently, Molina was happy pursuing other interests and it wasn't until 2003 that she returned with a follow-up album, this time recording for the U.K.-based Domino label. Segundo had all of the intimacy of Molina's earlier work, but the prominence of electronics on the album clearly signaled a departure. A third album of electronica-enhanced songs, appropriately titled Tres Cosas, appeared soon after, in 2004. She spent much time touring the world and showing off her deft ability at backing her vocals with guitar and delay pedals, then recorded her third album for Domino. The much more organic and acoustic guitar-based Son was released in May 2006. Un Dia followed in October 2008, charting the same course of organic and acoustic material. After a five-year break, Molina released Wed 21 in October of 2013 on Crammed Discs; it was prefaced by the single "Eras." Her seventh album, 2017's Halo, was recorded both at home and in Texas at Sonic Ranch Studios. Hypnotic and inventive, Halo continued to straddle Molina's strange divide of off-kilter electronic pop and organic songwriting. ~ Wade Kergan & Tim Sendra, Rovi