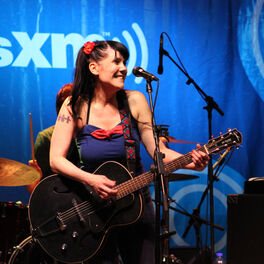 To tell the story of how my love affair with music began, we need to go back a long way. In essence, we need to take a long trip down the 117, turn a few street corners and then follow the sweet strains of a violin that somehow manages to sound out its message from between the hands of a 6-year-old little girl. It’s here, right in the heart of the village of Val d’Or, that I first encountered music. In my teen years, a guitar replaced the violin and the young grunge fan that I had become experienced some firsts: the first bands, my first compositions and the very first explorations I made with my vocal cords. Just a few short months of this lifestyle convinced me to ride the wave and leave for the big city, accompanied by a few musician friends and my instruments. It’s difficult to believe that a whole decade passed without me even realizing it. Friends, work, school… But the music stayed with me. Kill January, my first band, led me to Sony Music to talk business, and took me on rock ’n roll tours with my mates in the Alek B. Thellend & the Jackknife Orchestra, in which I was the guitarist and vocalist for a few years, and then finally, the big leap: to Michèle O. Very discreetly, armed with a poor sound card in an obsolete computer and a handheld microphone, I started to record the demos that would become Michèle O.’s very first songs. Then, curious to try this new tool that the whole world was talking about, I found the courage to put these few pieces, polluted by background noises, on MySpace. That’s when things started moving very quickly. I would never have believed that this one small moment of courage, when I set my modesty aside to dive right into World 2.0, was going to take me on such amazing journeys, and transport my songs from one end of Québec to the other. I had the most amazing musicians in the world come knocking at my door (Pierre-Louis Lavoie, Maxime Audet, Miles Dupire-Gagnon and Véronique Levasseur), wanting to join me in the adventure and create a musical world that was a perfect fit for me and that gave me a second family. From the contests (Festival International de la Chanson de Granby, FRIMAT, Francouvertes) from which we always emerged with great reviews and awards, fabulous invitations from our peers to participate in their projects and festivals (Chercher Noise, FME, FICG, Rideau), the mock-up for our first album Assise dans ma tête right through to, finally, the signing of my first recording contract with Disques Passeport, I look at the road taken over the past five years and I can state without any hesitation that music and I form a team that is made to last.