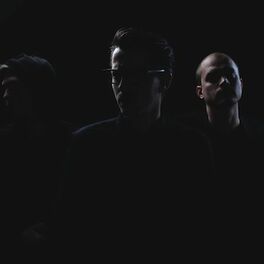 I Don't Think So

Art of the Trial

Nvmeri is an eastern european trio culminating the ancient and the future. Their music is full of mathematical beats and catchy melodies inspired by Scandinavian indie pop, blending the unpredictability and magnificence of ‘70s pop music, spiced with rich noisy synth pads and classical orchestrations. Their visual presentation, parallelly attempts to combine antique with modern simplicity. Under the name of “The Uniques”, their first EP rapidly established their fan base. Their first LP release, From The Dust earned the award for Best Alternative Album of 2010, according to critics at Radio_Head Awards. The album put them into radio playlists and took them to the bigger stages of not only domestic festivals, such as “Pohoda” and “Grape”, but also abroad to showcase festivals like “Eurosonic Noorderslag” in the Netherlands, “Waves” in Vienna, and various clubs in Germany, the UK, Austria, and the Czech Republic. It also impressed Berlin’s “Pale Music” record label, which released the album in Germany in 2011. After the few years of The Uniques’ existence, the band unexpectedly changed the name and visual concept in March of 2013. NVMERI released their 13-track album in the spring of 2013.