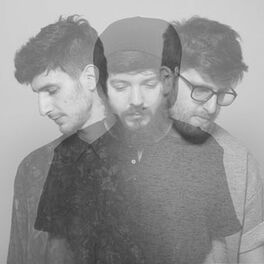 Miss You (Under Shimokita Sky)

Slightly All the Time

Garden City Movement is a Tel Avivian-based electronic music project consisting of Joe Saar, Roi Avital & Johnny Sharoni. Together, the three produce a blend of beautiful melodies and elegant mixes of electronic music that are drawn from their diverse, cultural worlds. The result ranges from sweet hypnotic beats to ground floor bass heavy tracks. After signing on with BLDG5 records, Garden City Movement released their four track Entertainment EP in November 2013 and it quickly won praise in tastemaker publications. They reached the Top 10 Hype Machine Popular Chart with tracks “Move On” and “Terracotta”. "Casa Mila" was described as "glitchy, summery goodness" by The 405, "The More You Make It" video was premiered on Clash Magazine & the strung out slo-jam "Move On" was featured on Pitchfork, Majestic and was later nominated for the LA Film Festival. They've been working for less than a year now and the band have already supported acts such as Cults, SOHN, and performed on the underground music channel Boiler room. With the release of their latest single "terracotta" the buzz about GCM was undeniable; they dominated Hype Machines top 5 for three days straight, hit 100k plays on Soundcloud in a few days and were featured in about 50 worldwide blogs in less than a week. Their 2nd EP, "Bengali Cinema" was released on June 23rd followed by a summer tour with festival appearances including the prestigious Glastonbury.