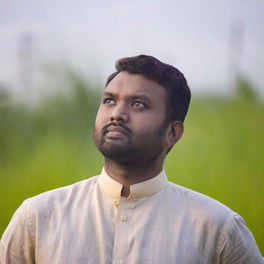 Since the beginning of Ishrak's musical journey, the purpose he endeavoured to cherish was always to feed the soul and spirit of his young listeners with some spiritual nourishment through his voice and music. Ishrak Hussain, being highly inspired by the great Muslim, spiritual and sufi artists, found his "home" in the traditional or metaphysical aspects of music than in mainstream pop/rock. He strongly believes in the musical philosophy of "Spiritique" invented by Sami Yusuf, one of the most celebrated muslim-sufi musicians alive today. Ishrak strives to reach the listeners with the divine message of love and spirituality that are contained in the ancient and classical genre of musical works by restoring old masterpieces made by great luminaries like Kazi Nazrul Islam and the like. His purpose is to humbly remake the pieces with a new and fresh sound without harming their natural classical styles so that the modern listeners may be able to enjoy and emerge themselves in that sublime sound. Ishrak is looking forward to compose and make some originals as well to offer his listeners some musical products via which they can find some deep connection to their roots and spiritual identity.