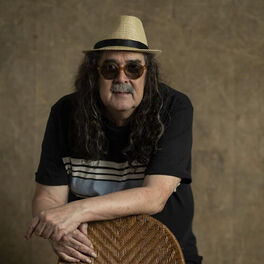 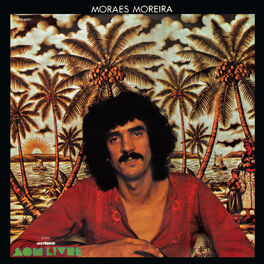 Renowned for his involvement in the ‘70s band Novos Baianos and his solo oeuvre in the years thereafter, Brazilian singer-songwriter and guitarist Antônio “Moraes” Moreira (born on July 8th, 1947 in Ituaçu, Bahia) created forward-thinking arrangements by steeping his songs in an eclectic mixture of musical influences while under the influence of LSD. Taking cues from local genres including forró, choro, baião and frevo as well as psychedelic rock and classical music, he contributed to the changing soundscape of contemporary Brazilian music, drumming up overwhelmingly positive critical acclaim with the nationally recognised 1972 Baianos album Acabou Chorare (No More Crying). In 1975, he made the decision to go it alone, going on to release an expansive discography including a near-annual trickle of new albums over the course of the following three decades. Doubling up as the frontman for the group Trio de Dodô e Osmar alongside his solo career, he became a regular fixture at the annual Carnival of Brazil, where crowds fervently joined in with his renditions of hits like “Pombo Correio”, "Eu Sou O Carnaval" and “Bloco do Prazer”. Dabbling in other genres in his later years including samba and hip-hop, he continued to shape his legacy with new innovations and ambitious themed projects, eventually sharing a miniature autobiography entitled A História dos Novos Baianos e Outros Versos (The History of the Novos Baianos and Other Verses) in 2007. Moreira died of a heart attack on April 13th, 2020 at his Gávea home. He was 72 years old.